We’ve got an LG TV being used in the office for displaying system information from a Raspberry Pi plugged into the back. The Pi is powered via USB from the TV.

We’ve used the timer to get it to switch on at 6am on weekdays, off at 5:45pm, reflecting the hours people are in the office.

It was consistently switching itself off at the wrong time, exactly two hours after it came on.

Turns out it’s a long-running bug in LG televisions.

In the forum, some found if they could get into the service menu, they could remove the 2 hour sleep setting.

Others found setting it to “hotel mode” would disable all timers – in our case this would waste a lot of power though.

I found a computer on the nature strip; it was enormous, but had a couple of DVD-RWs, dual DVI connectors and USB3, so I figured it was reasonably modern.

When I got it home and inspected it closely, I realised it wasn’t USB3 but eSATA instead, and my hopes deflated. Booting it up showed a BIOS from 2006 and I figured I just bought myself another trip to the council’s transfer station. However, checking out the CPU (Intel i7 920), full-height full-length graphics card (MSI R4870X2) and RAM (6Gb of DDR3) I realised I had found something special. Dropping in a SATA drive that I salvaged from a machine we decided was past it’s use-by date, I built it into a Linux Mint box.

Yet again, the most powerful machine in the house was found in hard rubbish.  It’s twice as powerful as the last computer we bought, and nearly twice as powerful as the most recent desktop machine.  The RAM is a bit light-on, but DDR3 is still widely available.  The TPD (power consumed by the CPU) is 130 watts, which is… a lot.  Not a machine to run in a small room on a hot day.  Add in the graphics card that consumes between 120 and 220 watts depending on load, and a meaty power supply is needed; the one in the case has 1000W written on it, whatever that really means.

At the end of last year I found my local primary school had unceremoniously tossed about a dozen PCs into a dumpster filled with detritus such as broken plastic tubs, desks without legs and out-of-favour books (like a perfectly good Macquarie dictionary). Figuring I could cannibalize multiple machines into a single working machine, I pulled a half dozen monitors and three computers out and loaded them into the car. When tested at home, everything worked just fine. Everything. Confronting the authorities the next day, I was told that the PCs were “broken”, but after some haranguing I got a concession that next time the machines would be donated to a computing charity. As a result of this find I have a three-computer cluster of dedicated Minecraft machines, which now provide adequate performance after extensive tweaking.

Have you found anything good, or would you never take home strange hardware?

Mostly for my own records:

It’s plugged into “Calculus”, the Mac Pro. I should get a DVI-D cable to get the best picture quality out of it… amazed at how damn expensive they can be retail. I’ve ordered one from DealExtreme instead (no particular rush – the VGA cable I have may not be optimum, but it works).

I recently got a new PC at work, which for the first time has an LCD screen and ClearType turned on. Switching to my usual option of using Times New Roman for my code editing… Without judging the quality of the actual code, I must say, it’s beautiful to look at. Reminds me of that WordPress slogan, “Code is poetry.”

It’s a real pleasure to finally be working with a PC that’s fast enough for my current needs, too.

(Yeah, I’m a bit behind on getting all the points in Jeff Attwood’s Programmers’ Bill of Rights…)

Memo to self: Turn off ClearType when doing screen dumps. Well, at least the important ones.

I’ve got a Loewe Profil TV. A few years old now, but going pretty well. Apart, that is, from some scan line thingies appearing at the top of screen when it’s in 4:3 mode. It started happening when the TV (and I) moved house some time ago. I assume it got a bump.

Finally I’ve got into the Service Menu and adjusted it so they don’t appear anymore. Some people give dire warnings about the Service Menu — that you can seriously screw-up your TV if you mess with it too much.

With that warning in mind, I’ll document how to get into the Service Menu so I can remember it for later, as it’s fairly forgettable.

Voila, you’re in. From there you can adjust all sorts of settings. Me, I fiddled the Geometry settings. It’s a bit like all the stuff you can do with a computer monitor.

I bumped up the Vertical Amplitude a bit, and lowered the Vertical Position a tad, and it appears to be gone. (Touch wood). Certainly easier to fiddle with it yourself than have to call Loewe’s support line and organise a technician to come out and do it.

Full, step-by-step instructions (with pcitures) on building your own cheap and easy Digital Picture Frame. Answering an unasked question on the selection of componentry, the author says:

But why do this? You can buy one for a few hundred bucks. I guess it’s just the whole DIY thing, isn’t it? I guess you’re also recycling unloved tech into totally hardcore awesome tech.

Sure, CRT displays are bulky, consume piles of power and are heavy. But they can change resolution without a loss of … resolution.

See, High Definition TV runs at 1920 x 1080 – which, incidentally, a vanishingly small number of TV sets run at (ignore advertising about sets being HD-ready – all it means is the TV will understand a HD signal and happily convert it down to it’s native resolution). But converting a raster image from it’s native resolution down involves a loss of information; worse yet, if that resolution isn’t an integer multiple of source resolution, the downconversion algorithm has to make some judgement calls about which new pixel to push the old pixel’s information – so you can have some odd looking images, like horizonal or diagonal lines going… funny. Colour transitions can become forced too with a visible loss of colour depth. Converting up can also be a little strange, with some pixels odd colours (making the image look blurry) or straight lines becoming jagged. Given that signals might also appear in 704 Ã— 480 (Standard Defintion) or 1280 Ã— 720 (a high quality high definition signal not broadcast in Oztralia), aspect ratios on the pixels involved mean you need a native resolution not likely to be obtained for many years to get clean conversion between the resolutions.

CRTs don’t give a rat’s arse about conversion algorithms, and happily change the number of lines they throw on the screen in response to the number they’re given. The only difficulty you might encounter is the shadow mask or aperture grille.

LCD and Plasma display screens – generally TV monitors, and LCD projectors (and for that matter, any other matrix-based projection technology) have a failure mode that analogue CRT displays don’t exhibit:

Stuck on or stuck off, dead pixels are a one way street. You don’t see that kind of failure in CRTs. And I’m not aware of any TV manufacturers who guarantee their product against this particularly annoying failure. No-one is told about it at purchase time, but I’m predicting in three to five years time there’s going to be an uproar about it.

Anyone bought a new matrix TV lately? Happy about it?

I’ve set up my new desks at home, and have been looking around at good deals on LCD monitors. Officeworks have some Acer ones on special at the moment, so I went to look at the Acer web site to review their dead pixel policy.

It’s a mess in Firefox. Looks rather better in IE. But we’ll live with that for a moment.

Find the page with warranties, and try to look at their monitor warranty:

Great. Find their contact page. It insists on knowing what OS I’ve got installed, because it thinks it’s only for tech support contacts. I lie. Eventually get the form submitted with the info above. It submits, then takes me to… another 404 page.

Bzzt, strike 2. Hopefully the message got through.

So then I tried a site search for “dead pixels”. 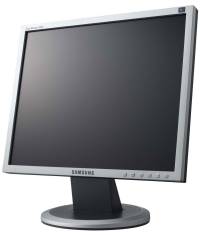 As part of my revamp of the house (and in particular the home office) I’m looking around at LCD monitors. They’ll be good for saving space on the new desks, making the computers less obtrusive.

LCDs used to be incredibly expensive. The reviews on sites like Dan’s Data show that just a couple of years ago, you could pay well over A$1000 for a 17 inch LCD. Thankfully they’ve fallen below the $400 mark now, which seems much more reasonable. They’ve also got much faster, with 4 or 8ms response times being very common. This is the good thing about being several steps behind the early adopters.

I could go more expensive for bigger, but I’ve been living with 15 and 17 inch CRTs so long that I don’t see the need to go bigger, since that would make the computers more obtrusive, I’ll gain in viewable area anyway, and I’d prefer two monitors an identical size to avoid the kids squabbling over who gets to use which.

Asking around, it would seem two good brands to look at are Samsung and BenQ, in part for their value for money, but also things like clearly defined dead pixel policies.

BenQ’s policy: any dead pixels in the first 7 days warrants replacement. Beyond that, anything in the middle 9th of the screen, and more than 2 bright dots and 3 dark dots elsewhere will trigger replacement.

Digital input, which neither of my computers are currently equipped for, appears to cost about $20 extra. Might as well get it for future use.

And of course there’s the vital question: silver, or black? (Not as obvious as for something like TV gear, where as far as I’m concerned, it’s black all the way.)

Next pay day, it’ll be time to go shopping.

Buying a monitor? Make sure it has HDCP, the up-and-coming digital content protection standard that will be built into Windows Vista and other future playing devices and systems. People with monitors that don’t have HDCP (and that’s almost everyone) will find their display deliberately fuzzy or even blacked out completely. Pah, bastards.

Will Apple and Linux follow suit in supporting this standard? Will monitor manufacturers start actually telling people about this, rather than actively selling them new kit that has built-in obsolesence? Will somebody hack the Vista Media Player to ignore the protection flags?

Keep your web site green by hosting it in an environmentally sustainable data centre.

Unstick your dead pixels by flashing rapid colour changes through them. 60% success rate, apparently. What have you got to lose?

These guys claim to have got round the limitation of Windows XP Remote Desktop of only one user at a time, by replacing one of the Terminal Server DLLs with that from an older build of SP2.

Love your iPod but hate iTunes? Try this iPod plugin for WinAmp. (Thanks David)

We got asked about problems with an old copy of Visio 4. Visio history and Visio support have some quite interesting information, but basically there’s no support going back to versions older than Visio 2000.