It used to be I could view Chinese characters in Notepad, Notepad++, Wordpad, that kind of thing. It stopped working at some stage: all I got was little squares. Wierdness.

No amount of fiddling with encoding settings (particularly in Notepad++, which is replete with them) seemed to fix it.

Looking around the Control Panel's language settings didn't help either. You can install extra Language Packs, but the Chinese one is for Windows Enterprise and Ultimate only. I knew this couldn't be the answer because previously it had been working, but I was only on Windows Professional.

Following a tipoff I found via Google, from someone having similar problems, I tried this: create a new local logon; log on as it; log off again; go and try again.

how to win back your ex

Sure enough, that worked. Why? Well that's anybody's guess.

These attacks and the surveillance they have uncovered–combined with the attempts over the past year to further limit free speech on the web–have led us to conclude that we should review the feasibility of our business operations in China. We have decided we are no longer willing to continue censoring our results on Google.cn, and so over the next few weeks we will be discussing with the Chinese government the basis on which we could operate an unfiltered search engine within the law, if at all. We recognize that this may well mean having to shut down Google.cn, and potentially our offices in China.

Google Maps has launched Streetview for some Australian cities.

Looks like the Citylink tunnels caused some GPS glitches — it thinks there are little bits of road way in the middle of The Domain.

Human to human transfer of Birdflu has been seen in Indonesia. Six of the seven infected people have died. The infection chain from the index case is three people long.

That which was a matter of time may actually be upon us.

So, what’s your H5N1 survival strategy? 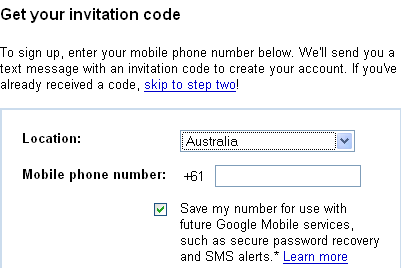