Jakob Nielsen nails my concerns with Windows 8, specifically that the paradigm doesn't work on PCs:

On a regular PC, Windows 8 is Mr. Hyde: a monster that terrorizes poor office workers and strangles their productivity.

… (PCs) used to be Microsoft's core audience, and it has now thrown the old customer base under the bus by designing an operating system that removes a powerful PC's benefits in order to work better on smaller devices.

An example I'm finding trying to use Windows 2012 Server, which uses the same interface: the start menu isn't visible on the taskbar. You have to press the Windows key to get it. But this causes huge problems over Remote Desktop, which is how many servers are accessed. You have to specifically reconfigure Remote Desktop to do it, which then causes issues on your own desktop.

get your ex back 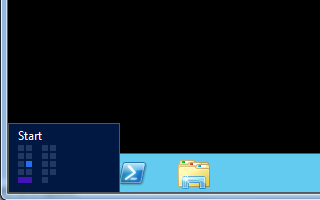 The Start Menu does seem to appear if you mouse over the bottom left of RDP window, but I haven't yet worked out precisely what you need to do. Hover? Click? Swipe? It just seems to pop up semi-randomly. If there's a better way of doing it, it's certainly not obvious.

In my book, this is not a useability improvement.

zp8497586rq
0saves
Save
If you enjoyed this post, please consider leaving a comment or subscribing to the RSS feed to have future articles delivered to your feed reader.