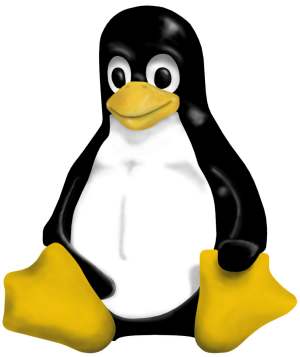 My 7-year-old son Jeremy shows a fascination for computers. He’s a pretty skilled Windows user (it’s what we run at home), and loves using my sister’s Mac laptop when we visit her. So I thought I’d show him Linux, in the easiest way possible: a bootable version.

Knoppix was tried first. The BitTorrent download (yes, there is a legitimate use for BitTorrent) came down the line at a blistering 150kbps. Simplicity itself to burn the ISO to a CD using Nero, and chuck it into the older of my two PCs.

Alas, ’twas not to be. After doing the auto-configuration thing, it stopped dead. This turned out to be my video card, an aging Diamond Viper V-550. Theoretically a good card (well, for five years ago), it’s hampered by a lack of support, not only from Microsoft via DirectX, but also apparently from Linux distributions. (I know they can’t support everything, but it’s particularly galling with DirectX, because earlier versions worked okay with it, and once you’ve got an incompatible later version, it’s impossible to downgrade, unless you’re feeling very brave or feel like re-installing the entire OS.)

It’s a cinch to change the BIOS settings to disable the Viper, and go for the on-board video, of course. Plus plug the monitor into the other socket. Just not quite the seamless experience I was looking for though.

It did boot up then, though the other thing Knoppix didn’t like was my USB mouse, so it was keyboard-only. Somewhere I have a USB to PS2 mouse adapter, which I can use for this.

By contrast, Knoppix booted up flawlessly on my newer PC, which evidently doesn’t have an orphaned graphics card and a weirdo mouse.

(Though when I rebooted into Windows XP, oddly it thought initially it had two monitors. Coincidence? Maybe.)

I could fiddle with Knoppix to get it working on the older PC, but time constraints and laziness may mean I try other bootable distros first. Other contenders include Ubuntu and Damn Small Linux.

Though now I come to think of it, if I want to do a bit more LAMP dabbling, I should look for something more permanent.

1 thought on “Playing around with Knoppix”