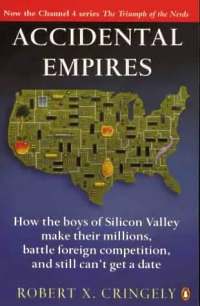 Accidental Empires by Robert Cringely: Full of interesting and amusing anecdotes about the start of the modern PC era, with some of Cringely’s wild theories thrown in. The book is about ten years old now, and some of his predictions about the (then) future of computing show he’s probably a better storyteller than he is prophesiser. But it’s certainly got some gems in it. Given some of the stuff he writes about the industry’s major players (Jobs, Gates, Ballmer, etc), I’m almost surprised they agreed to talk to him subsequently for the TV version. A good read.