Well, I think we now have proof that Bill Gates is not a crazed megalomaniac billionaire. If he was, he’d have had all copies of these pictures destroyed, and anybody involved killed. 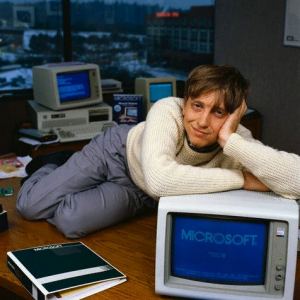 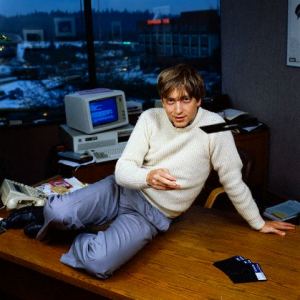 (Via Monkey Methods, whose commenters are debating whether it was 1983 as first claimed, or if the fact that there’s a Mac in the background means it must have been after 1984.)

Update 19-Oct-2005: Snopes says these were publicity shots taken for the release of Microsoft Windows in 1985.