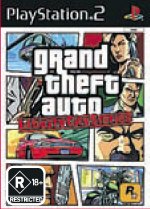 The Age reports that the ACMI Games Lab in Melbourne will be hosting the Game On exhibition of video game history, which has already been seen in London, Chicago and San Jose. Should be a nice followup to the Melbourne House/Beam Software exhibit they had recently.

Speaking of games, ArsTechnica continues its series on writing in games (eg plots and backstories, rather than code).

Meanwhile in Australia there’s more campaigning for the OFLC to be allowed to give games an R 18+ rating (rather than having to refuse them classification), to bring games ratings into line with movies.